Cognitive and Emotional Evaluations of Congress

It should come as no surprise that the United States Government is currently being held in low regard by the American public. Today, Congress is disliked by most Americans. I aim to evaluate the public’s evaluations of The United States Government, with a concentration on Congress and its interworking’s. In their article, entitled, The Media’s Role in Public Negativity Toward Congress: Distinguishing Emotional Reactions and Cognitive Evaluations, authors, John R. Hibbing and Elizabeth Theiss-Morse formulate an expansive theory about media and public opinion. The two theorize that “The nature of political news as presented by the mass media in the modern United States is such that it affects people’s emotional reactions more than their cognitive evaluations of political actors and institutions (Hibbing and Theiss-Morse, 475, 1998). I plan to test this theory to see if it withstands the test of time, with a few modifications. I hypothesize that Americans who rely on electronic or social media for their news and people who consume a great deal of news from the modernized mass media will not be more likely to evaluate Congress negatively but will be more likely to have a negative emotional reaction to Congress. 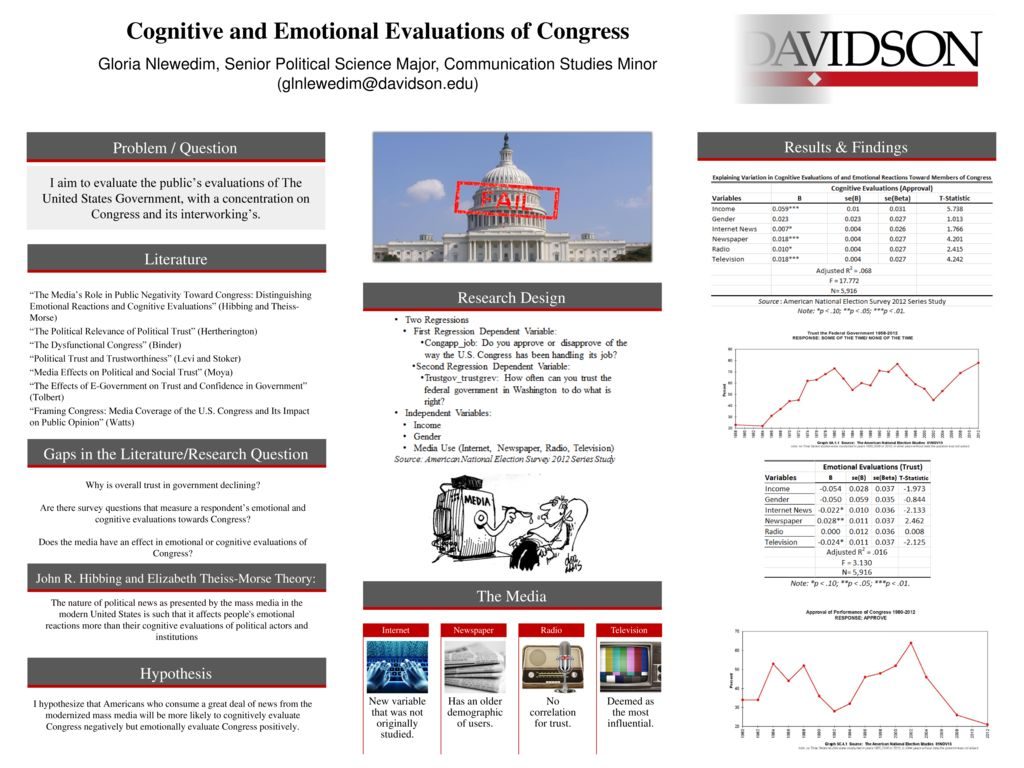