In an increasingly polarized world, ample research has sought to explain mechanisms of polarization. In the political sphere especially, the “Radical Right,” a collection of populist, far right parties in Europe, have made their voices heard. Existing literature has sought to explain either the demand factors â€“ what makes individuals support far right parties? â€“ or the supply factorsâ€“ why do far right parties emerge in the first place? â€“ that contribute to the success of far right parties on the national scale. Using three years of individual responses to Eurobarometer surveys between 2004 and 2009, I measure determinants of support for and success of far right parties in the 28 countries of the European Union. Where my research is unique is a focus on demand and supply simultaneously, as well as the inclusion of perceived individual-level grievances alongside tangible measurements such as unemployment rates. Finally, I examine differential effects between national elections and elections for the European Parliament. Ultimately, I find that perceived sources of grievances, especially cultural, are the most significant predictors of support for far right parties. Legislative and electoral fractionalization – measures of political opportunity for existing far right parties â€“ also significantly affect the vote share of far right parties on the country level. 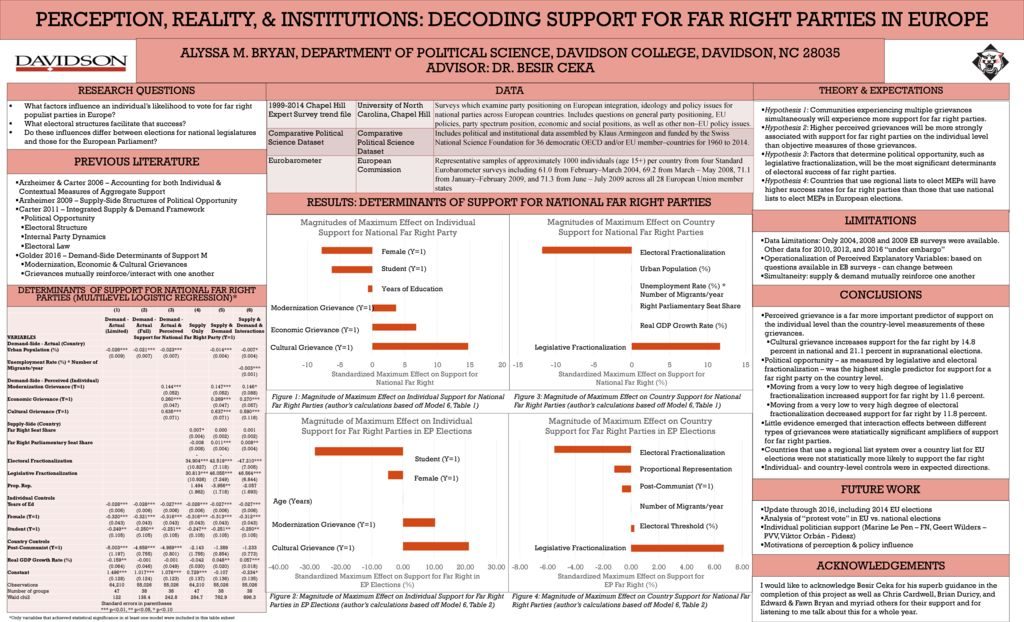