Cuban separatism was a revolutionary movement that removed Spanish colonial rule from the island. It was born in the 1840s in the form of annexationism, annexation to the United States. In the second half of the nineteenth century, separatism became an independence movement. Separatism was not only propagated and molded by Cubans on the island, but by those in exile as well. The United States hosted most of those exiles and the political groups they formed to foment public sympathy and solicit donations. These Cuban juntas were active during the period of the three Cuban wars for independence, 1868-1898. Furthermore, the final War of Cuban Independence (1895-1898) was organized and paid for by the exiles. While Floridian exile communities have seen insightful publications in recent decades, the New York one has not. New York was home to the greatest concentration of leaders and political groups, so I contend it was the most important city outside of Cuba for the separatist movement. This project studies the Cuban exile community in New York City during the 1890s and their separatist activities; it also hones in on the black Cuban intellectuals in the city who were also prominent leaders in the movement and have not yet received the scholarly study they deserve. The ways the exiles raised money, formed societies, created support in the American public and Congress, and lobbied the federal government undermines the traditional understanding of immigrant groups, diplomacy, and sovereignty. These were transnational actors who had a disproportionate effect on American foreign policy, which is evident in the American intervention in the final war of Cuban Independence in 1898. 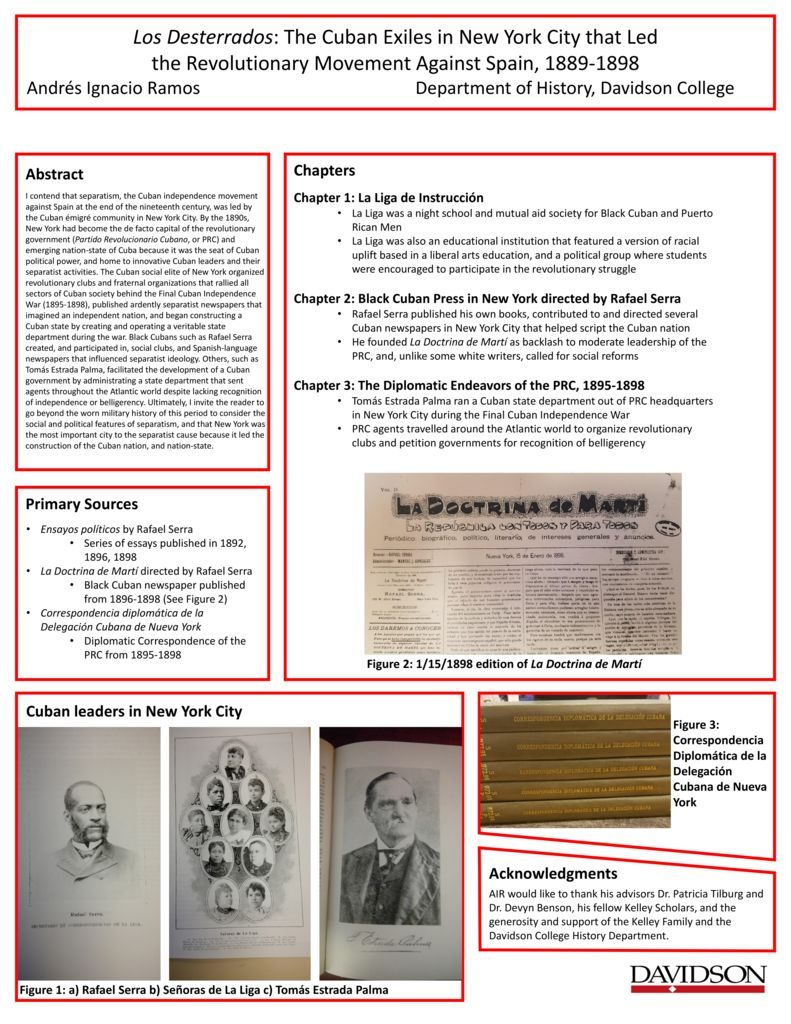