How Does Ethnocentrism Explain
Anti-Immigrant Sentiment and Islamophobia?

Ethnocentrism is the act of assessing and comparing of one’s own culture, beliefs, and practices with those of others. Essentially, it is the psychological aspect of creating in-groups and out-groups and without always realizing it, people tend to favor their in-group over the out-group(s). In America, the diverse society it has is caused by immigration. What it means to be “American” is debatable but historically it has meant being a Caucasian with Protestant Christian beliefs. As populations of various religious groups, ethnicities, races, and other orientations have grown, there have been periods of backlash against them. Acts and policies of nativism, racism and xenophobia have resulted in the humiliation, discrimination, and violence towards apparent out-groups. This research will outline how ethnocentrism is the underlying principle of negative perceptions and what the repercussions of those perceptions are in relation to Muslims (and those perceived to be Muslim) and the issue of immigration as it has evolved in America. 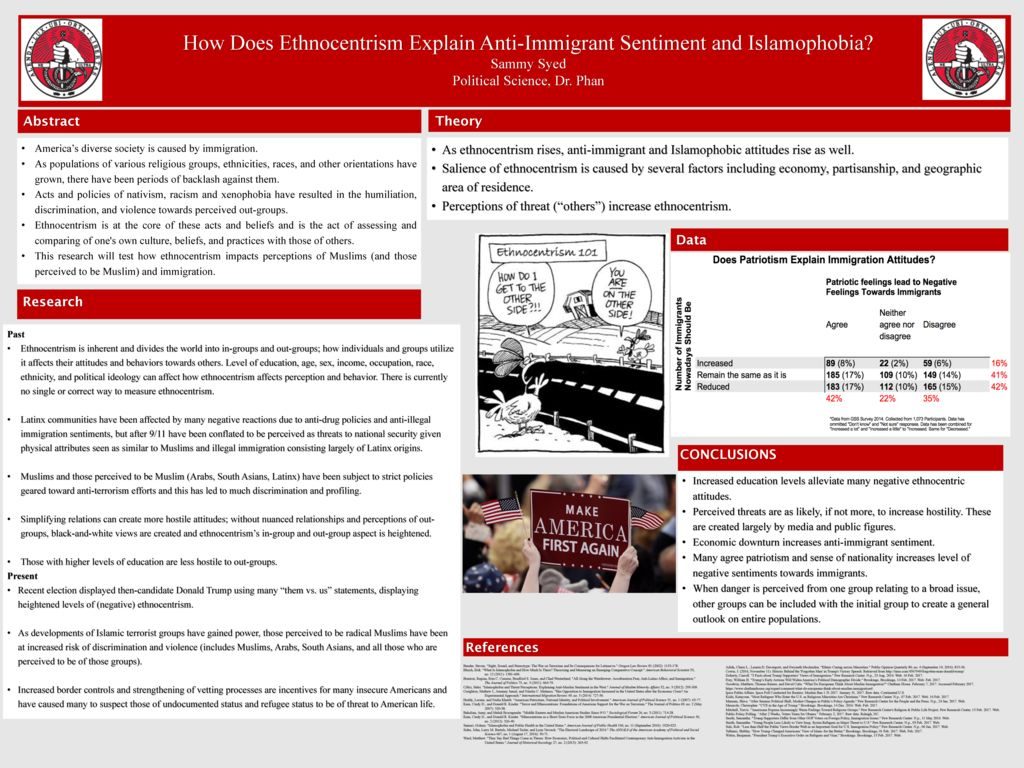