This study explores differences in credit taking between men and women as a potential explanation for the gender gap in executive leadership.  Previous lab studies have found that women undervalue their contribution to successful work on male sex-typed tasks when working with men but exhibit a self-serving bias when working with women.  This study extended research on credit attribution to research teams in academia using a survey of authors who published in the Journal of Applied Psychology and were asked to distribute credit for the publication among themselves and their coauthors.  Results indicated that while women were significantly underrepresented as first and second authors, gender and group type (same-gender or mixed-gender research team) did not predict self credit score.  Further, contrary to expectations, high levels of agreement were found within research teams about who deserves what credit. 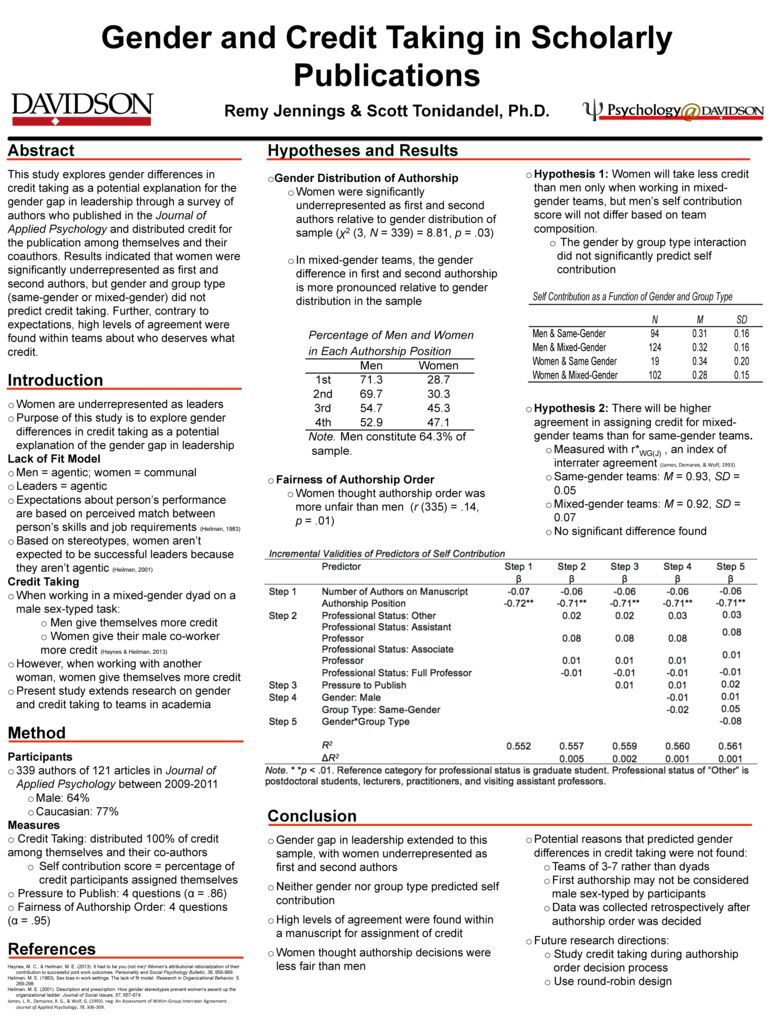