Reality Check: Debunking the Perception of Post-Racialism
in the United States Today

The 44th President of the United States appeared to be the cure to the nation’s racial stratification, and his terms of office did mark racial progress; however, it neglected to erase all of the historical underpinnings that preceded his monumental leadership. I aim to argue that the prevalence of racism still exists despite the colorblind rhetoric and “dog whistle politics” of the present time. I will assess the key tenets of the post-racial society that many politicians aim to enact as well as the various forms of racism that exist. Not only will my research illustrate the present dynamics of racial discrimination, but it will also critically analyze the forms of racism that were present during the Jim Crow Era and beyond. Through this research, I hope to demystify the experiences of marginalized communities that are subjected to the negativity associated with racism, and provide tangible examples for policy analysts and makers to execute change. 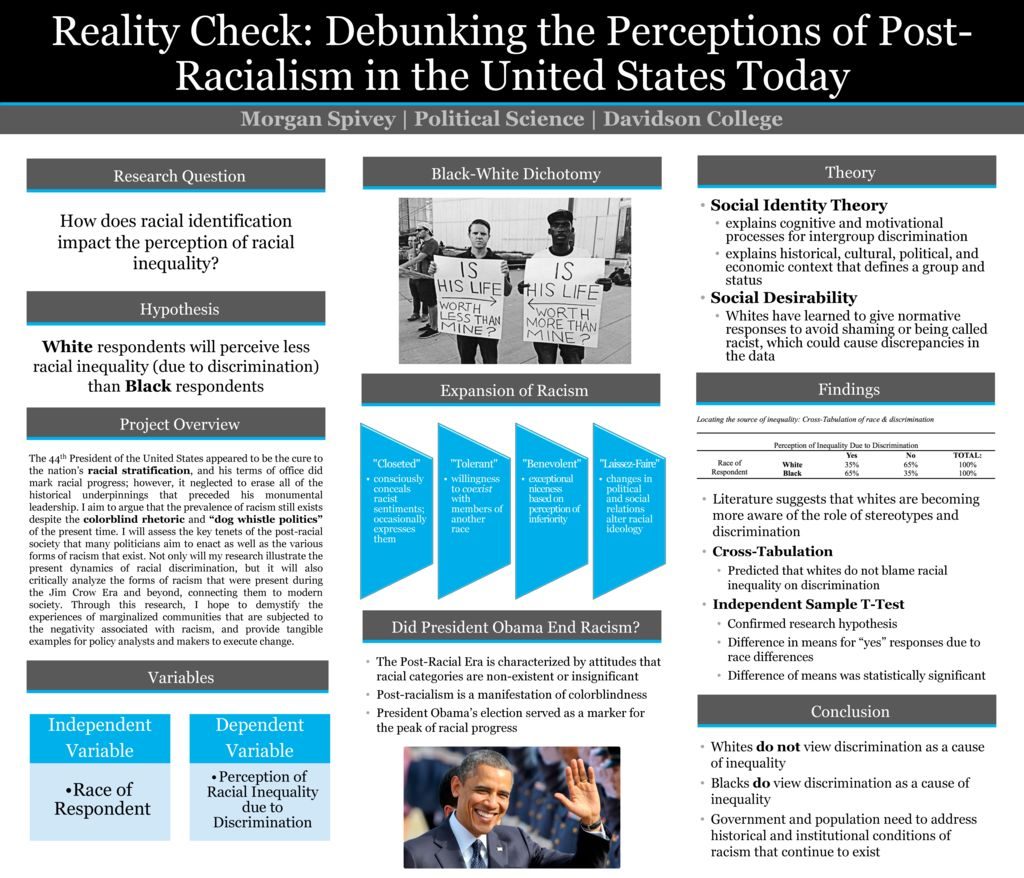