How Household Income Shapes Religious Piety in the United States

The United States is not only one of the wealthiest countries in the world, but it is also the most religious in comparison to countries of similar economic standing. This poster discusses the impact of household income on religiosity in the United States by breaking down income into three different social classes and examining theories behind religious piety for each of the three. I am testing the validity of the Relative Power Theory as the best potential explanation for the correlation between wealth and religiosity among the greater American population. In order to test this theory, I will run a regression using data taken from the National Study of Youth and Religion with household income being my independent variable and the number of times one has attended religious service over the last 12 months being my dependent variable. I expect low and high income Americans to attend religious services more often, and I also expect middle class Americans to attend less as they fall outside the parameters of the Relative Power Theory. This is important not only for the purpose of identifying a significant correlation between wealth and religiosity, but also for explaining the implications of a system in which wealthy Americans continue to perpetuate inequality between the rich and poor. 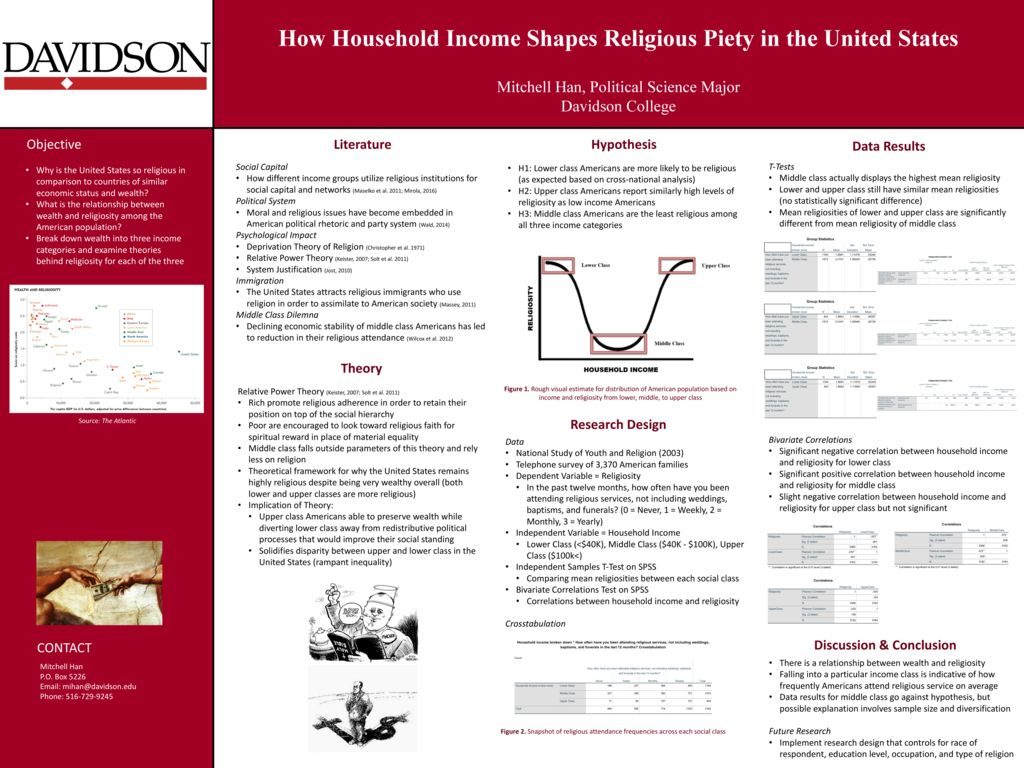