Clinical and preclinical studies have consistently reported sex and gender differences in drug use patterns, and some of these differences have been attributed to gonadal hormones. Extensive preclinical research has demonstrated that cocaine use is facilitated by estradiol whereas progesterone attenuates this increase. However, the effects of these ovarian hormones on heroin use are poorly understood. Therefore, in this project, we examined the effects of ovarian hormones on heroin self-administration in ovariectomized (OVX) rats (Experiment 1), and intact rats (Experiment 2). In Experiment 1, rats underwent OVX and catheterization surgery, and were trained to self-administer heroin during daily test sessions. Each rat was randomly assigned to one of four treatment groups: progesterone, estradiol, vehicle, and progesterone + estradiol, and received their treatment 30 min prior to each test session. In Experiment 2, the estrous cycle of female rats was tracked. Following catheterization surgery lever-press training, rats began daily test sessions self-administering heroin. Whenever a rat was observed to be in proestrus, they received either raloxifene, an estrogen receptor antagonist, or vehicle. In Experiment 1, estradiol significantly decreased heroin self-administration compared to progesterone treatment. In Experiment 2, heroin self-administration significantly decreased during proestrus, and raloxifene significantly attenuated this effect. Together, these data suggest that estradiol decreases heroin self-administration and may represent a treatment intervention for women who abuse heroin. 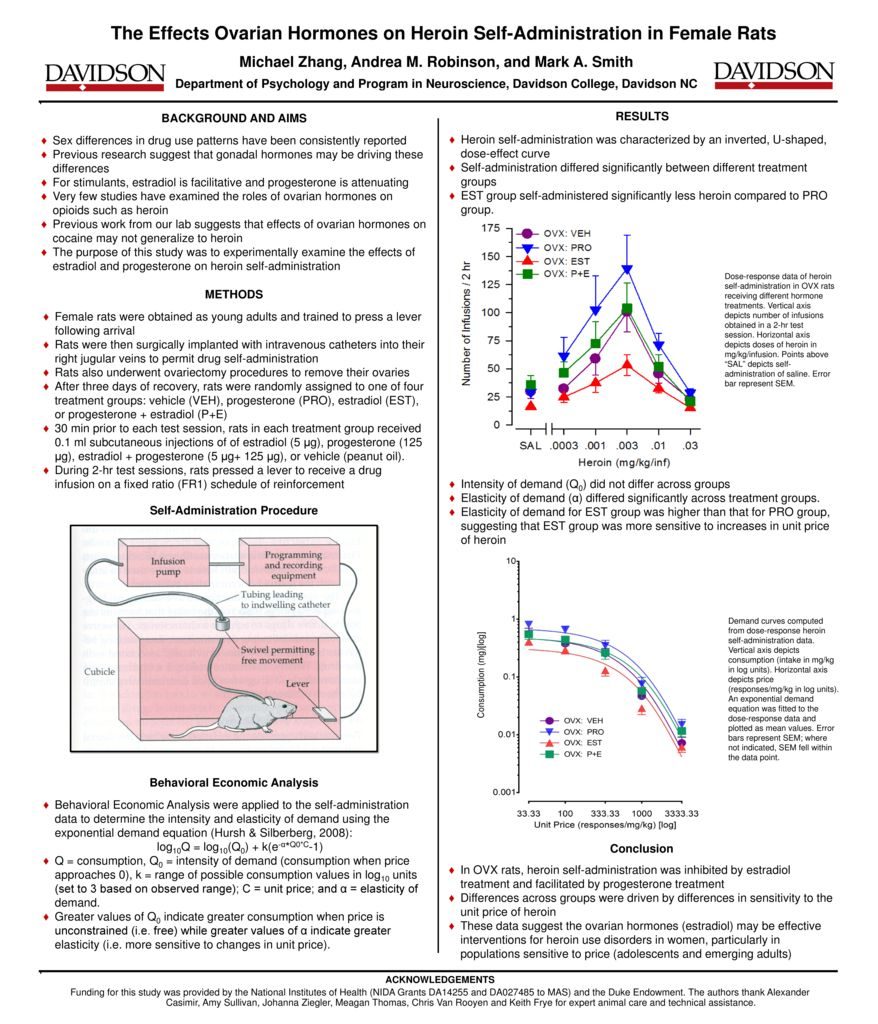