In today’s societal consciousness, the Black American is widely perceived as being more likely to commit crimes than their White American counterparts. However, this fear is misplaced when looking at data and factors affecting criminal reporting. Studies on American news consistently find that Black criminal suspects are frequently portrayed in a more menacing, violent light than White suspects on news stories on violent crime. In this study I seek to: A)  Draw a link between the belief that Black Americans are violent-prone to news and race; and B)  Explain why these relationships exist, faulting both news media bias and the incentives news viewers gain by viewing biased news. 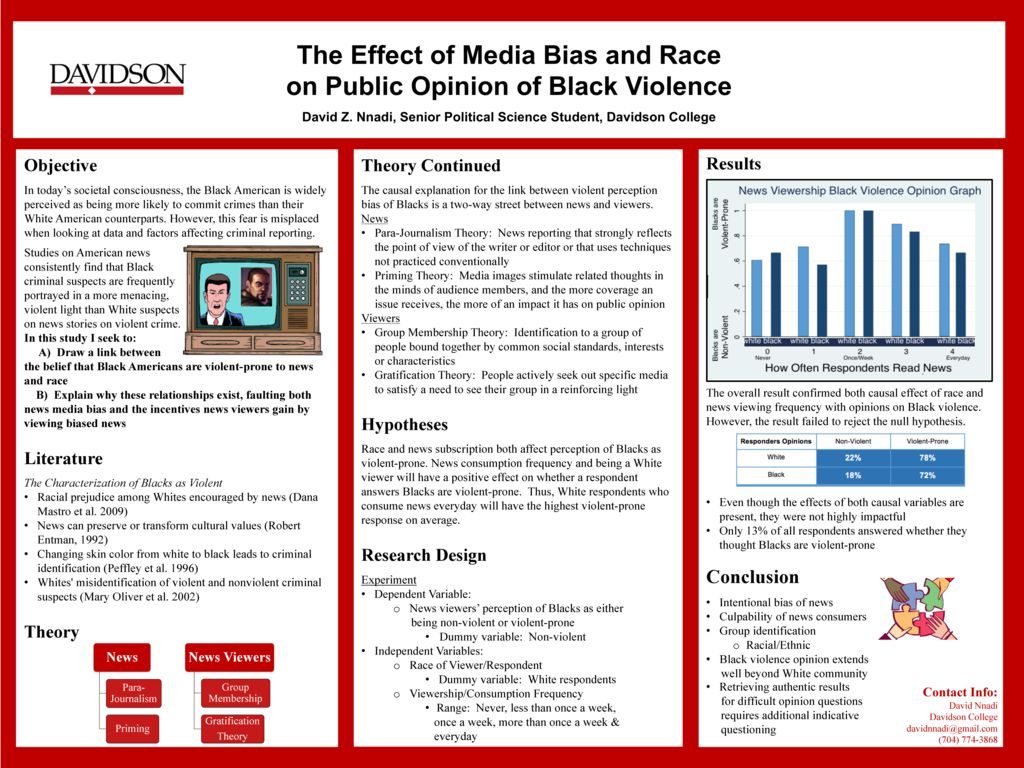