The Young and the Restless: Depression, Sleep and Resilience in College Students

College students are increasingly reporting psychological health concerns that warrant attention. In addition to these concerns, examining the resilience displayed in the face of many challenges is also important. The present study examined the relationship between depression and sleep and how those variables predict resilience in college students. Approximately 124 students completed the Pittsburgh Sleep Quality Index, the Inventory of Depressive Symptomatology, and the Brief Resilience Scale. Data were also collected regarding blue light technology usage, study abroad status, and grade point average (GPA). On average, students reported sleeping about six hours a night and reported poor sleep, mild depression, and moderate resilience. Depression and sleep disturbance were moderately correlated, and both were negatively associated with resilience. A hierarchical regression, controlling for gender, showed that only depression was a significant predictor of resilience, and the overall model accounted for 16% of the variance in resilience. Students with greater blue light exposure reported worse sleep than those with less exposure. Similarly, students on campus reported worse sleep than those abroad. GPA was also negatively associated with depression. These results highlight the importance of examining depression and resilience and the need for psychoeducation and treatment regarding sleep hygiene and depression. 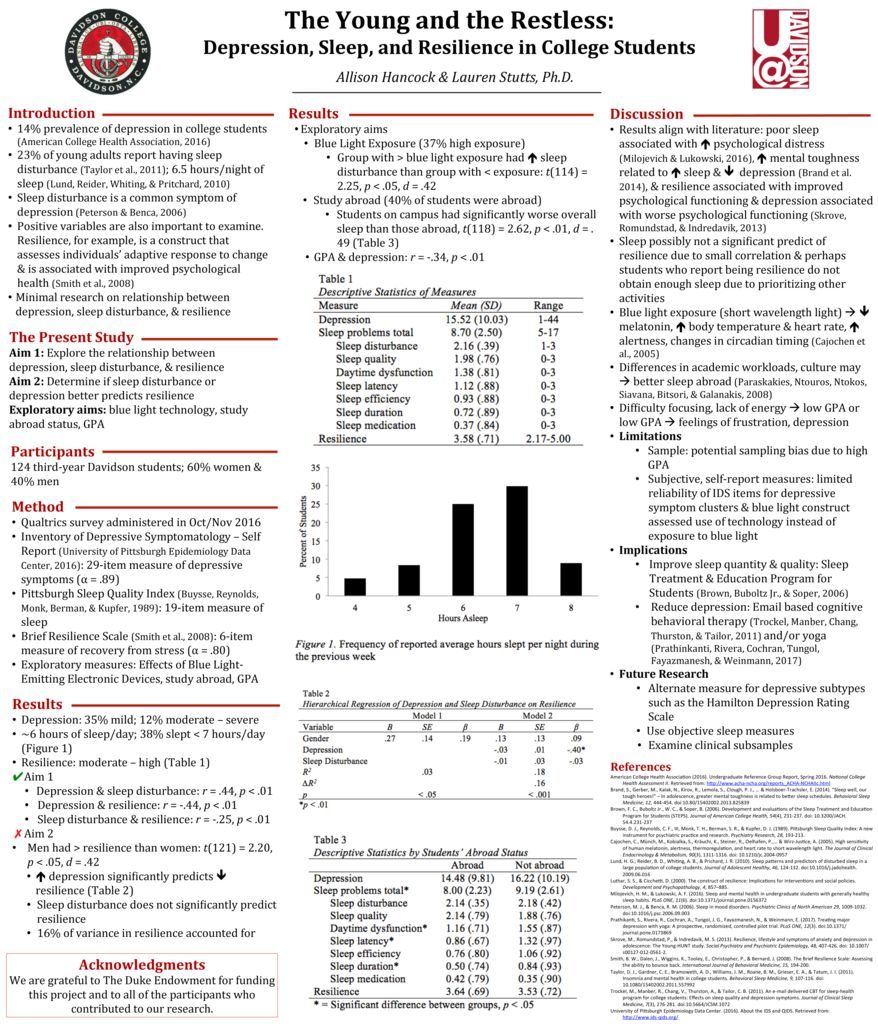