This project examines the East India Company’s relationship to African slave labor prior to the Battle of Plassey (1757), arguing that the EIC’s trade and state-building efforts were inextricably linked by the Company’s dependence on African slave labor. Examining the slave trade, I argue that the Company’s comparatively-small trade volume was not indicative of slaves’ significance to the Company, rather the trade’s volume was a direct consequence of the specific and vital role African slaves played within the Company-State structure. Unlike the tea, cloth and pepper trades, which were driven by external demand, the Company’s trade in slaves was a direct response to their own internal demand for labor. By being highly selective in their slave cargos, and by grafting the slave trade into their established shipping network, the EIC managed to sustain an otherwise economically inviable trade volume. Without African slave labor the East India Company would not have had the military force, infrastructure or population necessary to establish itself as a Company-State sites like St. Helena and Bencoolen. It is only through the labor of thousands of African slaves that the East India Company had the structural foundation necessary to become a colonial power in the nineteenth-century. 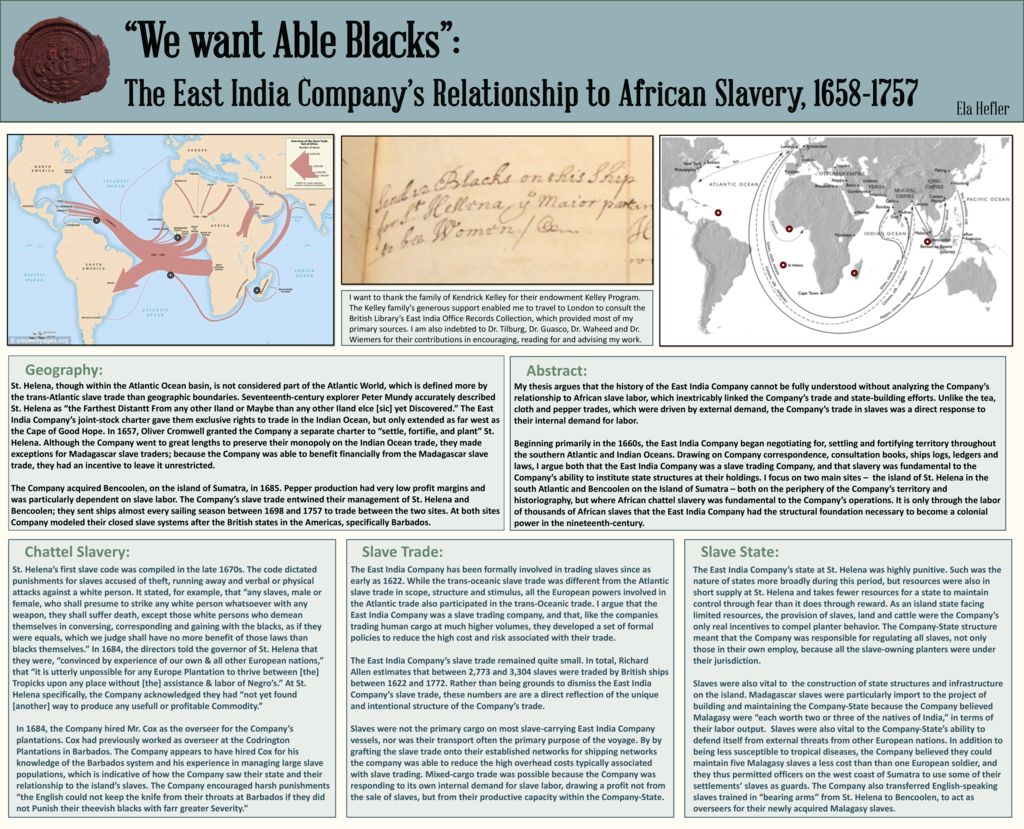