The exodus of the Jewish population from Iraq to Israel in the 1950’s signified the end of an era, one that had lasted over two thousand years. Jews had long been part of Iraq and Babylonia. They had contributed to politics, culture, and specifically Arabic literature. Decades later, the average Western reader does not associate Jews and Iraq. Iraqi-Jewish literature written in Arabic is scarcely known or found, as most Iraqi Jews began to write in Hebrew upon immigration to Israel. The stories and poems translated in this collection come from one Iraqi-Jewish writer, Ya’aqub Bilbul, who wrote them at the age of seventeen. Bilbul represents one of the last generations of Iraqi Jews who grew up feeling their place was within Iraqi society. He writes in elegant formal Arabic. His stories pay homage to Baghdad and to the diversity of Iraqi culture. They represent a time and place in which the labels “Arab” and “Jewish” were not in conflict and could more easily exist within the same person. 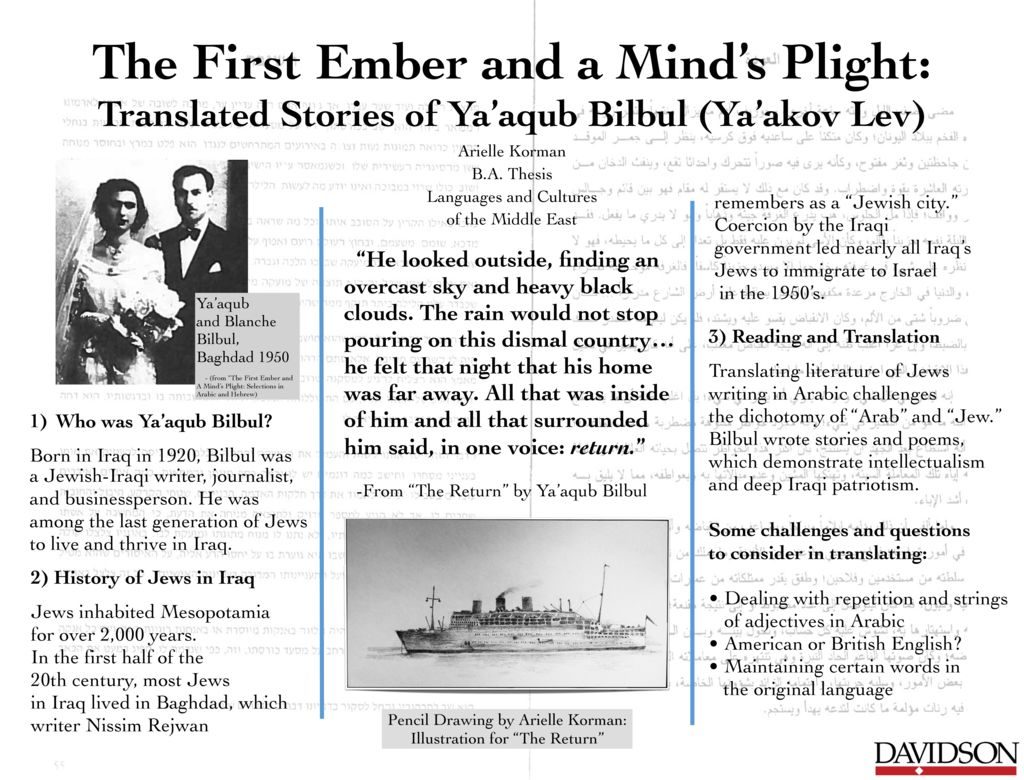