For our final project, we have decided to take an all-encompassing view of media literacy and media effects and apply it to a singular media event in order to clarify, elucidate, and analyze the various aspects of that event capable of seeping into and affecting the viewers’ subconscious–whether that be framing, cultivation, reception modes, perceived co-viewing, bias and prejudice, racial/ethnic stereotyping, social movement mobilization, and DIY content and online communities. The media event we have chosen is the forthcoming release of Kendrick Lamar’s new album, due out by the end of this week. We have chosen Kendrick Lamar because of his cultural, social, and political relevancy and impact – both within his content as well as embedded in the reception and discussion sparked by the album. His last album, To Pimp a Butterfly, proved to be more than an album–it was an historical moment in time, which shifted the landscape of not only music but society and popular culture as a whole. It sparked discussion and forced viewers to reflect on the effects of their individual identities in relation to their consumption–what it meant for perceived outsiders (in this case, the white majority) to enjoy a work of art made by a member of a minority group, for that minority group (the insider). We expect his next album to be just as culturally relevant and controversial, and even more widely discussed and intimately and closely considered–all the things an ideal media event strives to do.

We hope to analyze the various media effects and elements embedded within the album itself as well as the subsequent reception and critical reviews of the work, which we will compile, analyze, and write about ourselves. We will attempt to set up various social media platforms–Instagram, Facebook, Twitter, and a personal blog/website–to compile and disseminate the critical reviews of as well as our own writing about the album and its reception, in order to test the relative effectiveness of the various platforms in relation to one another. We hope to test which platform is best suited for the distribution, consumption, and analysis of our work at the same time we are analyzing the album itself–therefore analyzing not only the consequences of the media event but also the social media platform best fit for its viewing and discussion. We will create, curate, and run these sites over the course of three to four weeks surrounding the media event in order to capture the full scope of its effects. We believe that this project will not only be analytical, exploratory, and explanatory, but also interactive and dynamic, shifting and maneuvering to adapt to the variety of ways the album itself and its perception and impact may change and grow. 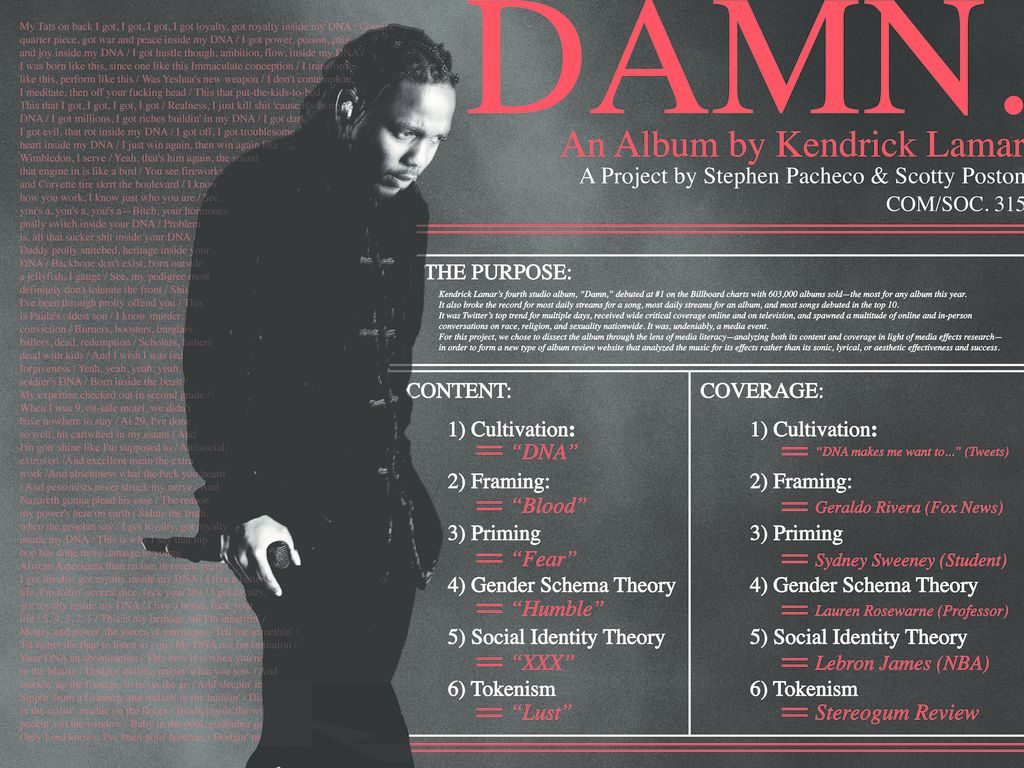