Across the country, colleges and universities have become more diverse. This diversity is not only limited to racial diversity but also other intersectional identifiers such as as socioeconomic status. Students coming from low income backgrounds often do not have access to so many of the resources afforded to their peers by their parents or families and these students often have to fight not only to graduate from their institutions but work to eliminate the inequities that exist on their campuses. One of the most fundamental aspects of this is food security.

My work will be related to looking at Davidson College as a microcosm of institutions around the country. According to the results of a DavidsonShares survey that went out to the student body, 53/1000 students had reported that they had gone hungry 5 or more nights a semester. In an institution that prides itself on its commitment to its students, a lack of access to a basic necessity is stark.

My project will look at the rise of food pantries as a way to mitigate food insecurity on college campuses across the country. I will further examine financial aid and meal plans and how that relates to students’ hunger. Lastly, I will look at access to local grocery stores for students and how that inevitably affects their food habits. 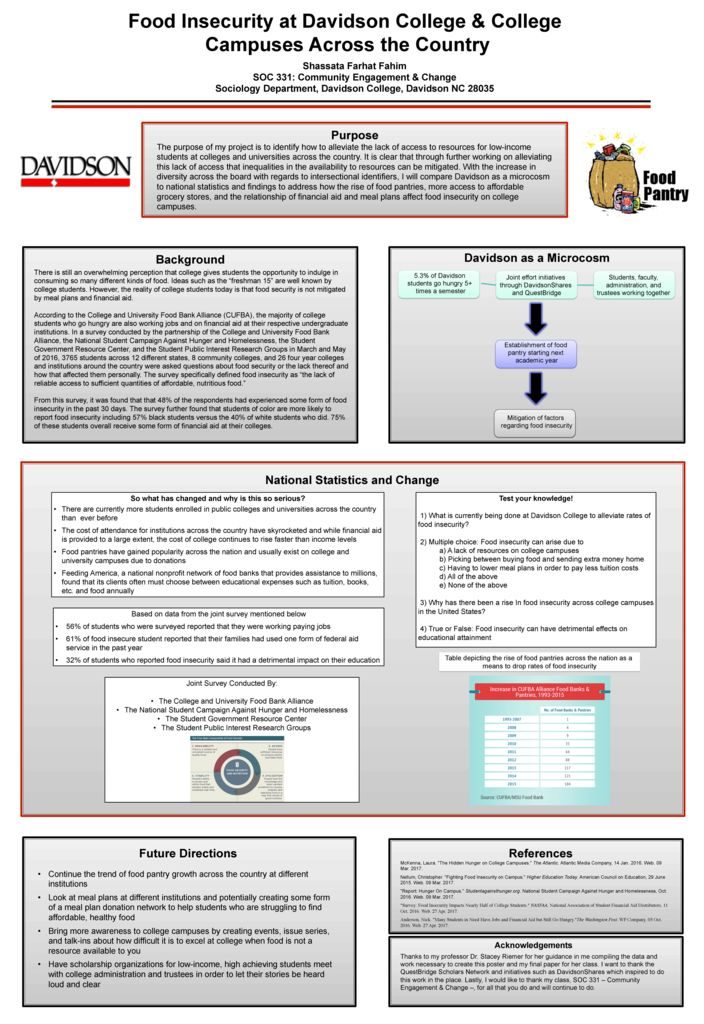