The Community School of Davidson (CSD) is interested in improving their afternoon carpool system to establish a more optimal process. We partnered with CSD’s Director Connie Wessner, using mathematical modeling techniques in our efforts to observe the current carpool system and increase its efficiency. Queueing theory is used to model the carpool system, with each vehicle in the carpool lane representing a customer. Over multiple afternoons, the following data was collected: the arrival time of each vehicle in the carpool lane, the time when each student’s name was called, the time each student entered their respective vehicles, and each vehicle’s departure time. Subsequent modeling strategies utilize Monte Carlo simulation. These techniques allow us to make an assessment of the carpool system and determine what changes, if any, should be made to optimize afternoon carpool. 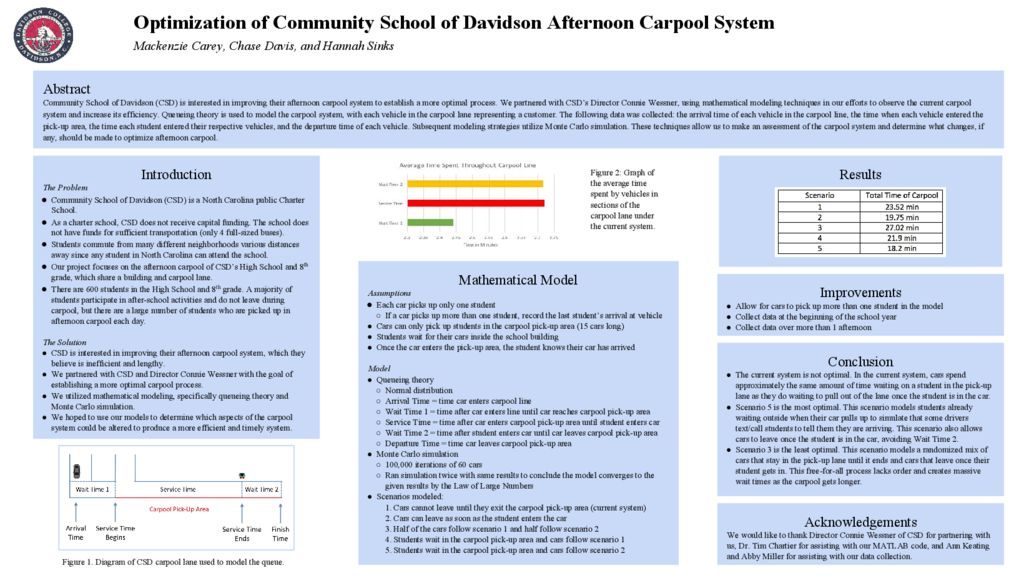